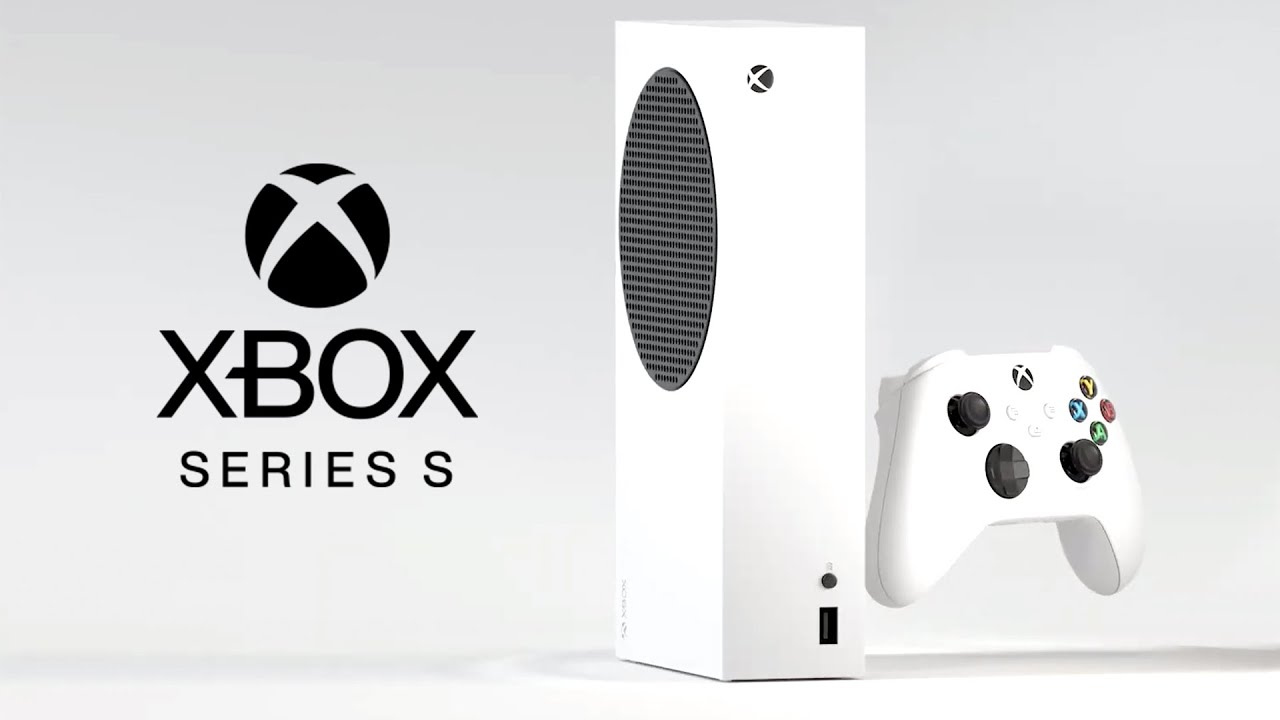 We have both the Series X and the Series S released from Microsoft, granted both are pretty hard to get hold of right now due to scalpers and demand but is the little brother to the Series X worth it, or should you save the extra money for it’s bigger brother?

Both the Series S & X offer the next-gen leap that gamers are all dying for with stupidly fast loading times, Ray-Tracing, and high frame rates that PC gamers have been bragging about for years! The Series S however manages this at £200 less than the Series X at just £249 so where is performance being cut to be able to lower the price this much?

Straight away it has to be the hard drive sizes, while the Series X comes with 1TB of SSD storage the Series S only comes with 512gbs of SSD storage. The storage in the Series X at 1TB is tight with some of the sizes of games today but with only 512GB’s of storage on the Series S it’s worrying how little time it would take to fill the SSD on the Series S. The good news for Series S owners, however, is that the optimised games will come in smaller sizes for the S (30% smaller according to Microsoft) compared to the Series X. The other issue with the small SSD size is the issue of the operating system and how much space it will also use up, once installed you will be left with only 364GB’s of storage which is barely enough to install five or six optimised games at max. There is always the option of the Seagate 1TB SSD storage card but at £219, it’s only £30 off the cost of the Series S console and would make more sense to put the money towards the Series X.

If you do have an external hard drive these can still be used but any Xbox Series S optimised games won’t play on anything other than the internal drive or the Seagate storage card.

So with half the storage where else does the Series S differ from the Series X? Console power is to be expected and the Series S will run at 1440p and upscale to 4k whereas the Series X runs natively at 4k. 1440p does still look great and upscaling to 4K just clears things up a little more. 120hz at 1440p has been the sweetspot on PC for a while until recently when the 30 series cards came along. Not being native 4K isn’t a huge problem and will suit casual gamers when you consider the small price point but if you are after the best you can get the Series X would possibly be the better choice for you.

The last noticeable difference you may notice between looking at the consoles is the fact the S doesn’t actually have a disk drive. The Series X includes a 4k Blu-Ray drive but sadly the S doesn’t include one making it a fully digital console so if you have a good catalog of physical games the X is definitely the way to go.

Everything mentioned before may seem negative however the Series S is a great console and will appeal to the casual audience out there who are just getting started and don’t want to fork out big money on the Series X. PC gamers have had high frame-rates and Ray-Tracing for a while now but when you consider the price it would cost to build an equivalent PC it would cost much more and would certainly have a much larger footprint on your desk! If you already have an Xbox One X then the Series X would possibly be the better option for you as they jump back to 1440p may actually be quite noticeable, however, the faster SSD and having more future proof architecture might still make the S a worthwhile purchase especially so coming from an Xbox One S.

The Series S is really impressive when you see how small the console is compared to the others and although the Series X and PS5 are more powerful than the Series S, the S does a great job at its price point and a worthy upgrade for anyone coming from the previous-gen consoles. Compared to the Xbox One S the Series S looks fairly similar and it’s clear the design ideas have come from the previous-gen console and this isn’t a bad thing as the Xbox One S was hardly a bad looking console but when you consider how much extra power the Series S has under the bonnet it’s all the more impressive!

The Series S is also a pretty good looking console and the black and white colour scheme looks really good, the whole console is white and the ring on the top is black where the fan is. Like the Series X, the console can either be laid down or stood up for whatever suits your setup best. Dimensions if you need them are: 27.5cm wide, 15cm deep and 6.5cm tall when the console is laid down.

Port wise the S has one USB 3.2 port on the front and then another two on the back as well as an HDMI 2.1 port, power port, storage expansion port, an ethernet port. Strangely Microsoft has only included a high-speed HDMI cable instead of an Ultra one like the Series X includes, this could be due to the console not really needing the extra bandwidth of the cable due to not being able to output 4K 120fps like the Series X but would still have been nice to have an Ultra High-Speed cable thrown in but when you consider the low cost for the console it’s hardly a shock that little things like this will need to be done to keep costs down.

The UI for the Series S is the same as all the others in the Xbox line-up but the extra speed from the SSD is certainly noticeable compared to previous-gen consoles, tabs switch fast, and navigating the menus is in general much faster. The quick resume feature is also present on the S and gives players the convenience of being able to swap around between certain selected games without the need to let things start-up from scratch, instead being able to pick up where you left off last.

We tested the Series S with plenty of games mainly from Game-Pass including Forza Horizon 4, Grounded, and Gears 5, I was left really impressed with how smooth all the games ran. The high frame rate modes in certain games were impressive as were the mega-fast loading times that made everything feel that bit more next-gen. While the S doesn’t have the power of last gens Xbox One X it has the ability to upscale to 4K but also runs 1440p and 1080p natively which in its compact size make it perfect for the younger gamer or even someone who needs to stay away a lot and wants to take the console with them. One of the main issues for both the Series X and S is the lack of next-gen exclusives but having the hardware ready is not a bad thing if you are able to get hold of a console.

Playing last-gen games isn’t a bad thing and if there is something you have been meaning to play through doing this on a next-gen console will give you the best possible experience, playing things like Forza and Borderlands 3 on the next-gen consoles made the games feel completely different with improved performance that really showed. This is another reason to get Game-Pass as the sheer selection of top games will keep players happy until the next-gen exclusives arrive!

Game-Pass is a great option for new players as the library has a really good selection. The Series S is also part of Microsoft’s all-access bundle which includes Game-Pass Ultimate on a 24 month deal with the Series S console where you pay £20.99 a month and at the end of the contract, you keep the console. This is a great way to get into gaming and works out cheaper than buying the console and Game-Pass Ultimate separately.

The Series S includes a white controller that goes with the console and it is the same design as the Series X one including the new style D-Pad, textured triggers, share button, USB-C and also being slightly smaller to fit into a wider selection of hand sizes. The Xbox controller compared to the new PS5 one hasn’t changed much and it’s clear Microsoft has adopted the ‘if it isn’t broke don’t fix it’ approach, still very comfortable, light and easy to use so there is no real reason to change things! Batteries are included but it is definitely worth picking up a play and charge kit to keep you playing!

The Xbox Series S is a great little console with plenty of power when you consider it’s tiny size! The console’s design looks fantastic and has 3 USB 3.2 ports as well as the storage expansion port that will need to be used in the future at some point unless you are ok moving games around before being able to play. The main issue for the S has to be the storage size, with only 364GB available after the operating system is installed it really doesn’t leave much space for many games, granted the Series S versions of the games will be smaller it still won’t leave much room unless you go for the £219 expansion card from Seagate which is nearly the same price as the console!

The S has plenty of power under the hood and while not being quite as powerful as the Xbox One X it does have the newer more future-proof architecture, HDMI 2.1, and performs virtually silent! With 1440p, 1080p, 120hz, super quick SSD the Series S have plenty of power and will be perfect for new gamers or anyone who doesn’t need to have the best and isn’t bothered about native 4K. The controller is great and still feels fantastic to use especially with the textured triggers and handy share button! Game-Pass is a must for most and fits perfectly with this console, there is no disk drive here so if you do have loads of physical games then you may be better spending the money on the Series X.

Xbox Series S was provided free of charge for my honest unbiased review.