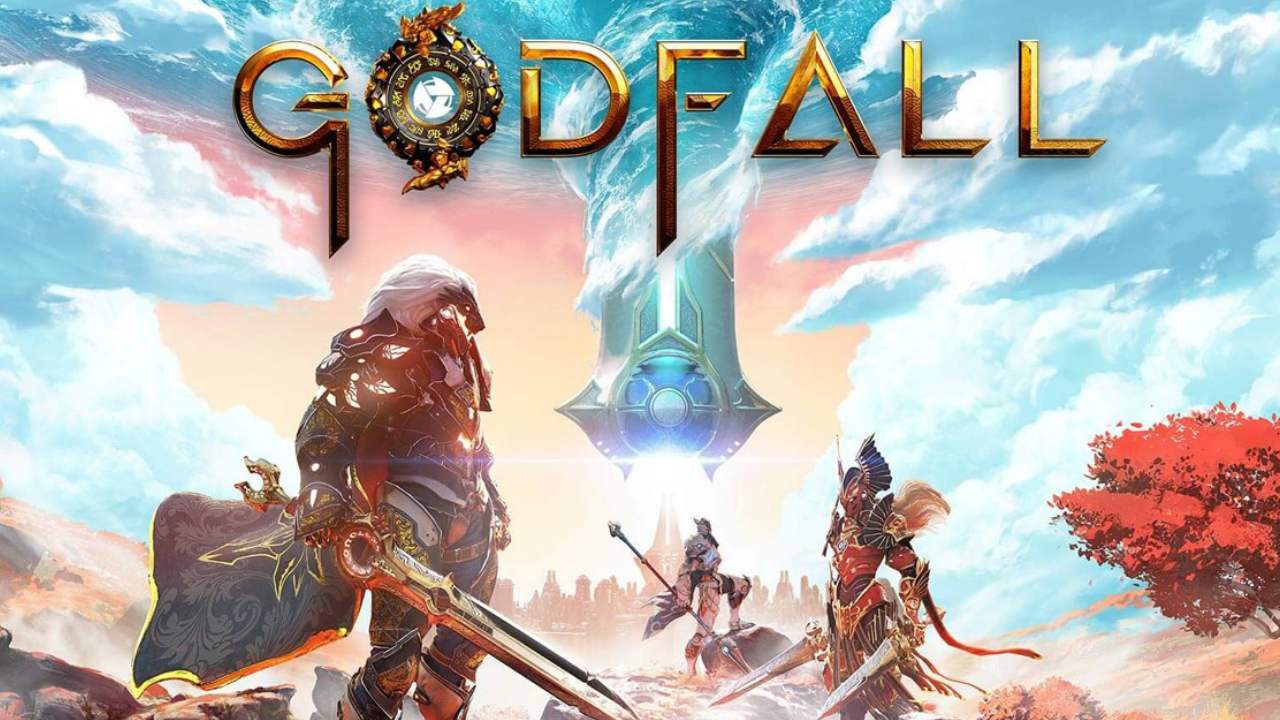 Available now on PS5 and PC

Godfall looks to be the new Destiny alternative with swords instead of guns. Watching PS5 trailers before launch showcased a goodlooking game with fast and fluid combat but does it live up to the trailers and provide us with a new hack and slash looter?

We were given the opportunity to review Godfall on the PC and as soon as the game starts the visuals look fantastic, colours are bright and vibrant and game worlds look fantastic. We set the visual settings too high and on 4K and the game ran perfectly, seemed smooth throughout with no frame drops apart from when the video capture was switch on which caused things to slow down slightly but without that on the gameplay was smooth and held 60fps perfectly. The preset was set to high rather than epic but visuals looked more than good enough on this setting anyway.

So what is Godfall about? It’s a looter that’s for sure with a similar system to Destiny allowing players to collect different rarity weaponry and other items as they progress, each one having its own perks when in use. Some of the rarer weaponry in Godfall will inflict status effects on enemies such as bleeding, burn, or electrocution.

While there is plenty of different weapons on offer they all lack any real excitement as getting a legendary weapon will perform the same as a common one at a higher level may be without a few perks but this is nothing new to gamers and something that’s been around before it just takes away any real attachment to a weapon you get as eventually when a higher level comes along it won’t be much use.

The combat speed does depend on the weaponry being used as big hammers will slow things down and cause more damage instead of using smaller daggers that will be fast and agile but not inflicting as much damage. The combat isn’t anything new to players of games like Monster Hunter or Diablo with blocking, dodging, and attacking all being key to taking down your opponent. The actual combat feels very weighty and punchy is probably the best way to describe it with a certain amount of satisfaction as you land big blows on your foe! The special moves once a little further into the story add a bit more depth to the combat, energy is acquired during battles and with enough of it, special flurries of attacks can be performed to inflict bigger damage on your foes.

The combat can get a little repetitive but luckily the different weapons you find and also perks you unlock manage to vary things up enough to keep you entertained, weapons all have their own positives and negatives in things like speed, power, and range so it’s left up to the user how they prefer to fight.

Godfalls story takes place in three different realms, Earth, Air, and Water. Each place will show you what you need to do to progress, areas will have plenty of enemies to fight, while also tackling more difficult bosses to eventually make it to the realm’s main boss. The boss fights can be challenging and learning the boss’s attack pattern is a must, dodging and blocking if the attack is actually a blockable one will be essential to surviving. Once you get the hang of the combat and don’t just go charging in the fights is more than winnable and can be really fun using all the different attacks and weapons Godfall has to offer.

Dying really isn’t an issue in Godfall as checkpoints aren’t far away and make everything a bit easier. This is due to the enemies that took you down still having the same amount of health as they did when you died but to make it even easier you will also regenerate all your health items giving you a major advantage in the follow-up fight. Some will see this as a positive but I just feel like dying has no real punishment.

The main storyline isn’t huge and took us just over 10 hours to complete even with me getting sidetracked sometimes, this then turns to the Godfalls endgame and again where Godfall struggles as this will mainly have you fighting against foes you have already taken down previously, nothing new to Destiny fans though is it!

Fighting does feel good in Godfall but it’s the constant fight to another fight that starts to get repetitive and where the game suffers the most. The controls are intuitive with the right triggers performing light and heavy attacks while the left trigger will bring up a shield and the other one allows a special attack when combined with the attacking trigger. The shield can also be thrown at an enemy in a Thor-like way and come back to you while sometimes stunning your foe to the floor to perform a powerful and sometimes finishing move. Combos are also simple with multiple trigger presses and you will quite often find yourself just mashing the triggers but this is where things can go wrong against tougher enemies as performing a heavy attack is slower and if timed wrong will leave your character exposed to more damage.

Getting damage during battles is healed by using the healing items you have or picking up the orbs sometimes dropped by enemies or left in chests or items scattered around the game’s world environment. As mentioned there are different chests spread around to open as well as different items to smash which will also sometimes drop orbs.

Valorplates which are basically armor sets are another thing to collect throughout the game, they do have their own perks and stats but don’t really make any major difference. Cosmetically they help to vary your character from others which is the main benefit for me personally.

Godfall does have co-op but there is no match-making so if you want to use this feature make sure you persuade friends to get Godfall too otherwise you will be playing alone and I can only feel the game would be much better playing with others.

The last thing is the sound and the game sounds really good with plenty of weight behind attacks and a real sense of impact as you make contact with your enemy. Voice acting was good throughout and in general sound was ok.

Godfall has some impressive combat but repetitiveness is the main issue for Godfall and something that doesn’t affect just combat but the whole game in general. Battle after battle with similar enemies wears thin a little fast as is the storyline which both are a real shame. Lots of different weapons, status effects, and perks try to vary things up but legendary weapons lack any real prestigiousness. Weapons feel different in the way they handle and combat is simple to master with dodging and blocking playing a fairly large part. Visually the game looks fantastic with performance to match, the PS5 version would be interesting to see how well it performs. The sound was solid throughout but the story was repetitive as was the combat eventually and the endgame just doesn’t have enough depth to make you want to keep playing which is a real shame as this could have been the slashing alternative to Destiny. If you don’t mind a repetitive grind Godfall maybe right for you but right now it’s hard to recommend, if things improve in the future with more content then Godfall might be worth another playthrough.