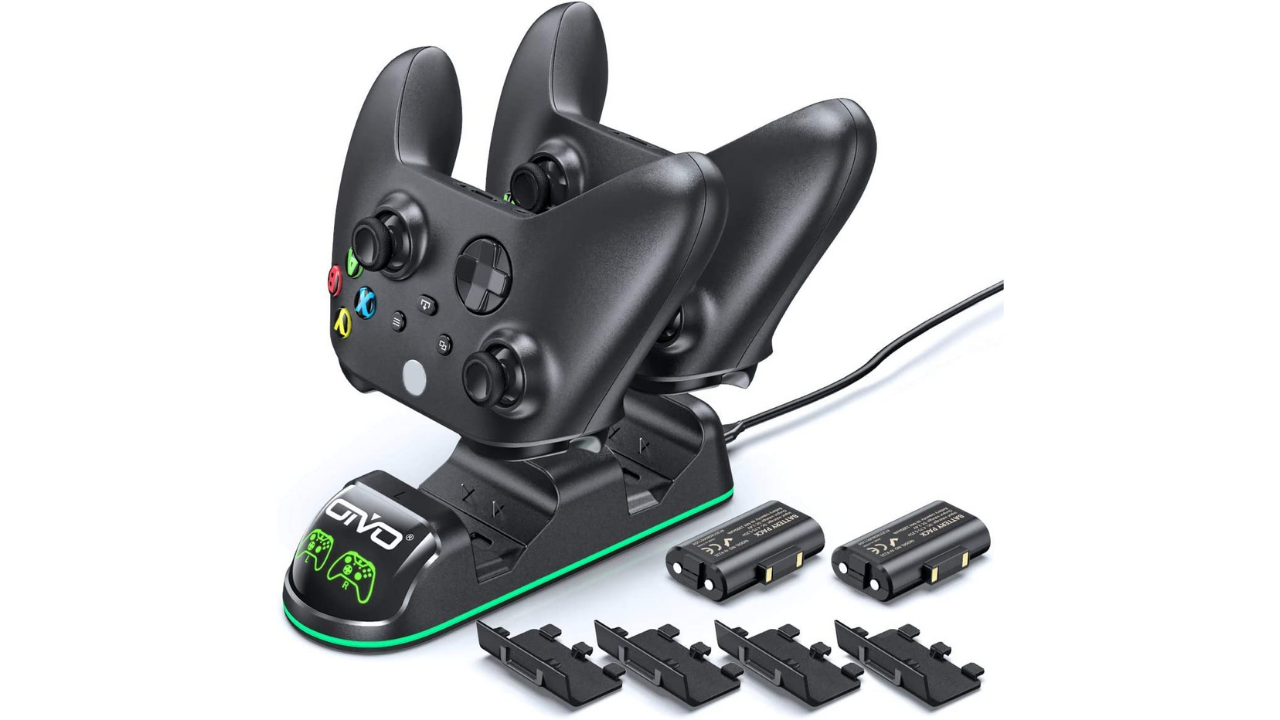 Last week we reviewed the PS5 controller charger from Oivo which can be found by clicking HERE if you also have a PS5 and are interested. Oivo has now also been good enough to send us their controller charging dock for the green side of next-gen in the Series S/X. The great thing about the Xbox version is the controller is basically the same as the last-gen version so this dock can also be used with your old Xbox One controllers. We also recently reviewed the Series S so if you haven’t already you can check out our full review HERE.

As I also mentioned in the PS5 Charging dock from Oivo the build quality from this company really is impressive with solid materials used that actually last, these aren’t cheap rubbish that you sometimes get buying from a lesser-known brand on Amazon

The Xbox One controllers from both last-gen and now this gen fit the dock perfectly. Oivo includes two rechargeable batteries as well as four back covers that expose the charging pins that connect to charge the controller on the dock. The covers they provide fit both the standard controller as well as the Elite one that only uses one pin to secure into the controller instead of the three the standard one uses.

The dock has a LED display on the front which lights up showing when a controller is connected and if it is charging or fully charged, this is displayed with a red controller icon for charging and a green one when the controller is fully charged. There is a green LED that runs around the base of the dock and the design in black suits the Series X perfectly. Unlike the PS5 version though this is missing one feature and that’s the on/off button, this is no big deal to me but some may like the option to switch the dock off without having to actually unplug it.

The dock also includes a USB wire that can either be plugged into your Xbox Series X, S, Xbox One, or any other console you have that has spare USB ports. If you don’t have a spare port there is always the option to plug straight into a wall plug that takes USB and charge from there.

If you don’t have two controllers but always want to keep a spare battery charged up it is possible to actually get the battery to sit on the charging pins without the controller and this will still charge fine so dead batteries are a thing of the past!

Charging from the dock is as fast as plugging directly into the console through the controller sometimes it did feel like it got to full charge even faster but this is all to do with all the tech packed into the dock. The dock features all the same protection the PS5 one has with protection against over-current, over-heating, over-voltage, and short circuit protection which also gives the user peace of mind while the controllers or batteries charge up safely.

The Oivo Controller Charger for Xbox Series & One S/X/Elite is a great purchase that will save a good amount of money on throw away batteries and always keep you playing. The batteries charge fast and hold the charge well. If you haven’t actually got two controllers to charge batteries in the spare battery included from Oivo will sit fine on the charging pins in the dock meaning you will rarely find yourself without a fully charged battery. Controllers fit the dock perfectly and with no real change to the Xbox Controller, it means new and old controllers can all be used with this dock. Unlike the PS5 version, there are no dongles to be left sticking out of the controller, and everything is hidden behind the included cover which makes the controller feel the same as it would normally. The pack includes two 1300mAh batteries and four back covers fitting both the standard controller as well as the Elite one. Solid Build quality with good materials, compact and stylish design all make the Oivo controller charger an easy recommendation to any Xbox gamer.

Review unit was provided free of charge for my honest unbiased review.